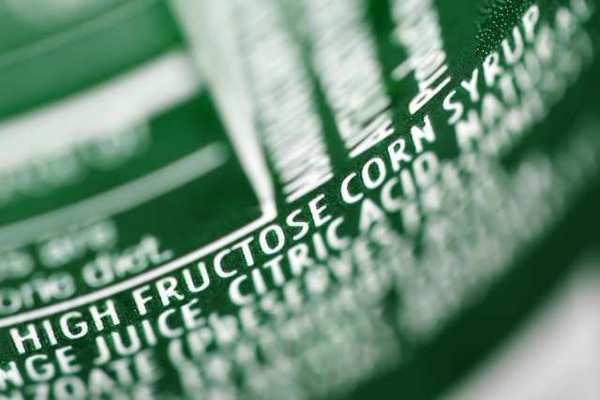 The nutrition label on a can of soda lists the ingredient high-fructose corn syrup. The Food and Drug Administration rejected the Corn Refiners Assn.’s bid to rename the sweetener “corn sugar.” (Matt Rourke / Associated Press / May 31, 2012)

The Food and Drug Administration rejected a petition from the Corn Refiners Assn. to rename high-fructose corn syrup “corn sugar,” saying that the change could confuse consumers and “pose a public health concern.”

In a letter to association President Audrae Erickson made public Wednesday evening, the federal agency told the industry group that using “corn sugar” on nutrition labels could even prove dangerous for customers who suffer from fructose intolerance.

The FDA also considers sugar to be a “solid, dried and crystallized food” while syrup is “an aqueous solution or liquid food,” wrote Michael M. Landa, the agency’s director for the Center for Food Safety and Applied Nutrition.

In a statement, Erickson said that the corn refiners’ petition was denied “on narrow, technical grounds” and complained that the FDA “did not address or question the overwhelming scientific evidence that high-fructose corn syrup is a form of sugar and is nutritionally the same as other sugars.”

“The vast majority of American consumers are confused” about the product, Erickson said.

The industry group even launched a multimillion-dollar advertising and marketing campaign as the FDA considered its request. Sugar companies and trade associations struck back with a federal lawsuit, now pending in Los Angeles, alleging that the CRA made misleading claims.

Advocacy groups such as Consumers Union celebrated the FDA’s decision.

“If the name had been changed, it would have given consumers the wrong impression that this product is ‘natural,’ ” said Urvashi Rangan, director of the union’s Consumer Safety Group in a statement. “The term ‘corn sugar’ simply doesn’t reflect the chemical changes that take place in production. Consumers know the term high-fructose corn syrup, and they should be able to easily differentiate among products that use it.”